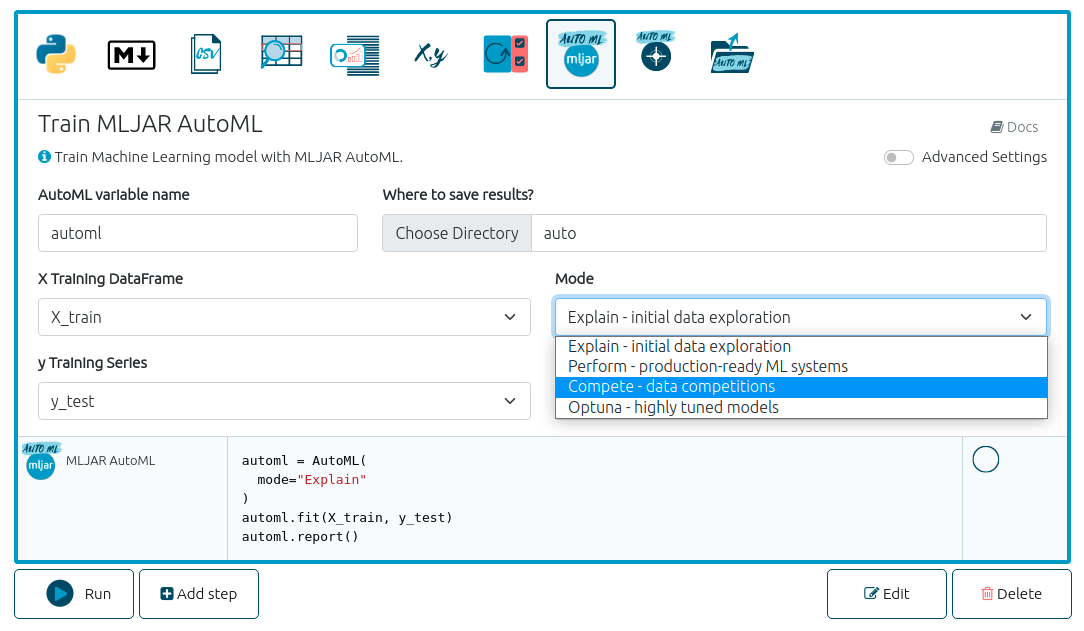 We started to work on a new product - MLJAR Studio. It is a desktop application for the interactive development of data apps. We hope it will bring more flexibility to our users.

The cloud-based application for AutoML was discounted on 31/08/2021. Why did we close the web version of our AutoML and switching to the desktop-based app? There are several reasons.

The web version had a simple and intuitive interface but was limited to only building Machine Learning models and predicting with them. Users can’t do even simple data manipulation (like joining of two data sets) with the web version. We were searching for a new way that will allow users to do data wrangling with ease. We don’t want to create a next drag-and-drop graph-based environment where nodes represent some actions and edges show a data flow. In our opinion, such graph-based environments have many drawbacks (we describe them below). We like very much the notebook-based interaction with data. However, this approach has some drawbacks as well (we describe them below). That’s why we decided to create our own version of the notebook.

Another problem with the cloud version is that users don’t want to or can’t (because of company security restrictions) upload their datasets to the cloud. User would like to keep data and final models locally. This can be solved by being a large vendor with a well-known reputation. It, of course, doesn’t increase the security level of cloud-based solutions. That’s why we decided to build an application that will be installed locally on the user’s machine.

We focus our efforts on a new desktop application that will solve the above drawbacks. The features of MLJAR Studio:

We will continue to develop our open-source AutoML: mljar-supervised .

If you would like to try MLJAR Studio please let us know by filling the form .

Below some screens showing the MLJAR Studio.

MLJAR Studio the view of the notebook 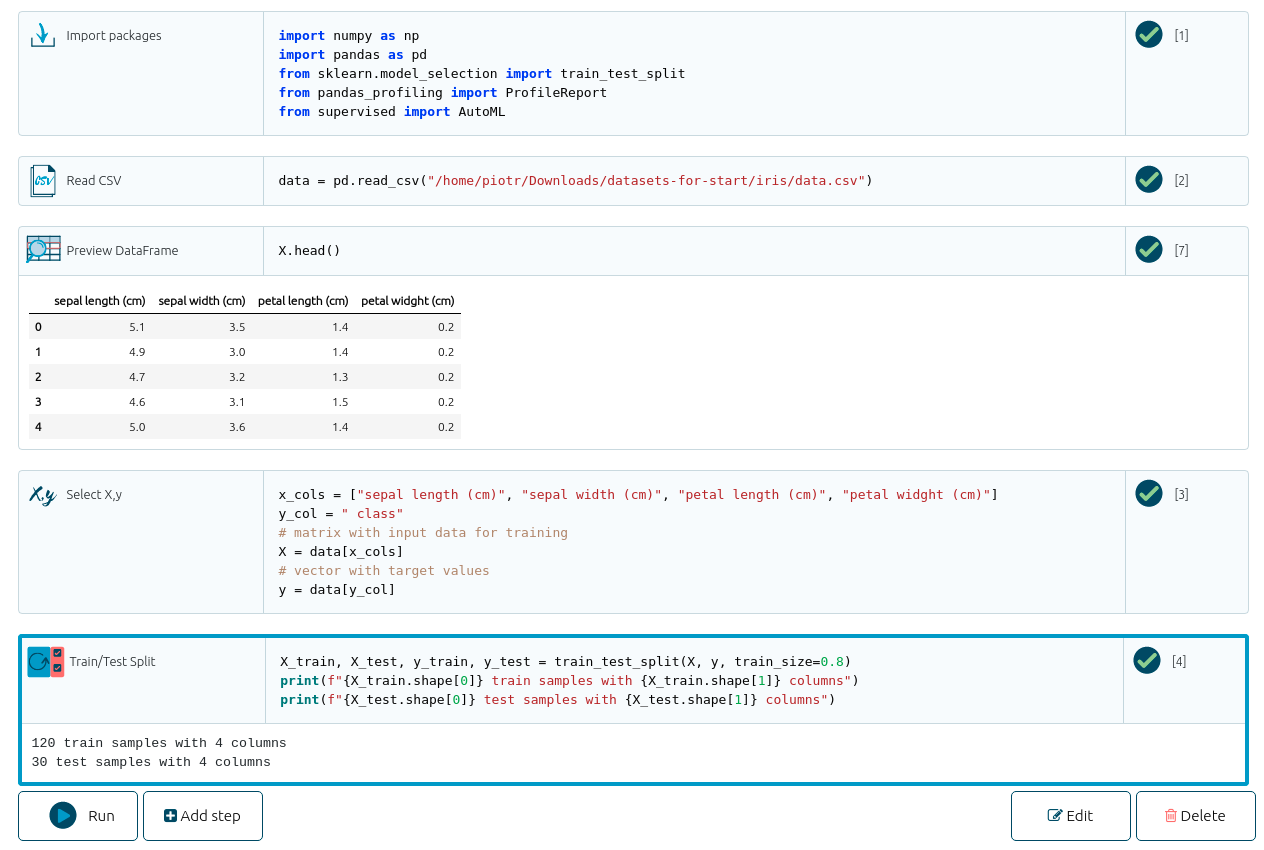 Simple view to AutoML in the MLAJR Studio

Advanced view to AutoML in the MLJAR Studio 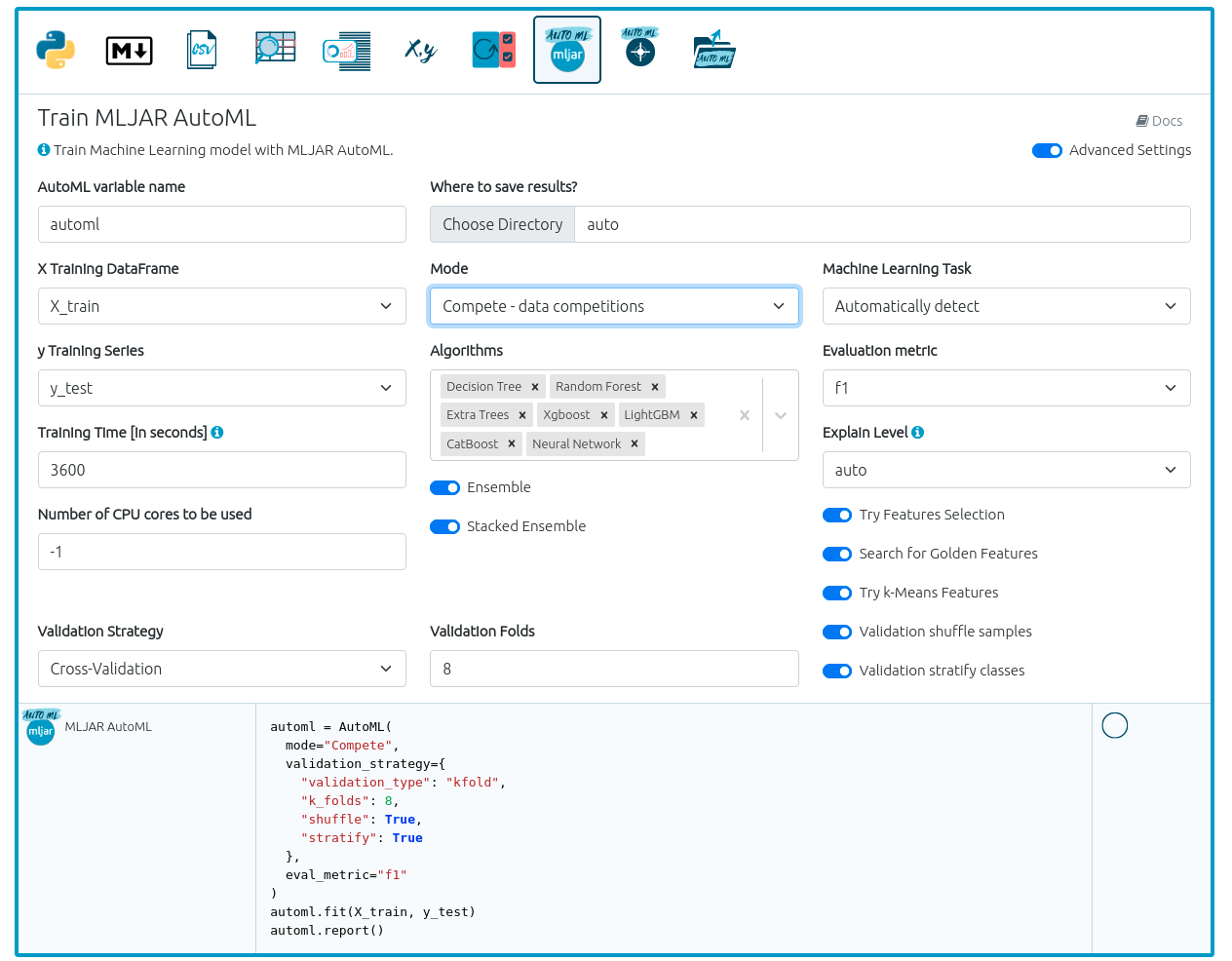