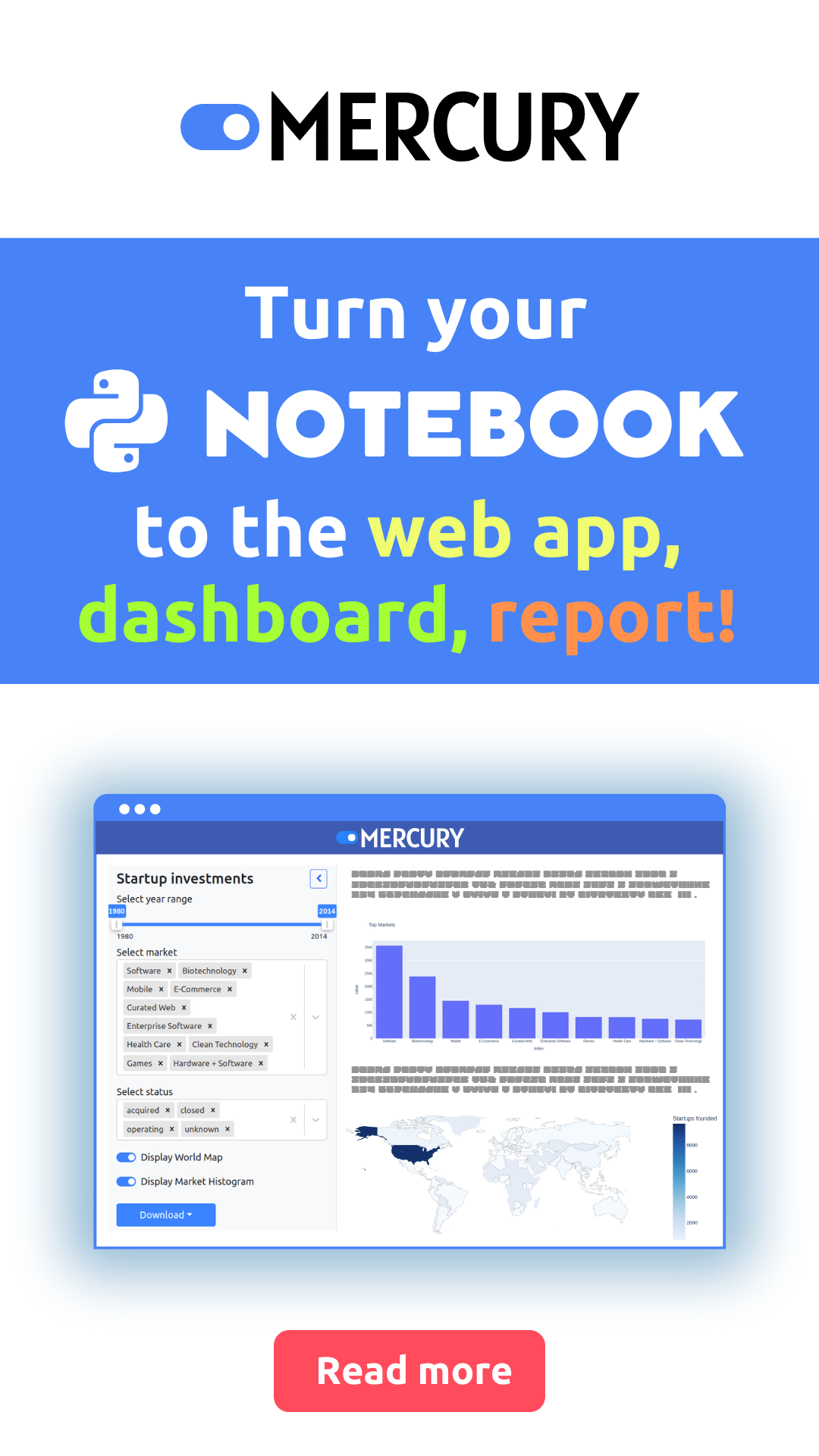 The MLJAR provides an open-source Automated Machine Learning framework for creating Machine Learning pipelines. It has a built-in heuristic algorithm for hyperparameters tuning based on: random search over a defined set of hyperparameters values, and hill-climbing over best solutions to search for further improvements. This solution works very well on Machine Learning tasks under a selected time budget. However, there might be situations when the model performance is the primary goal and the time needed for computation is not the limit. Thus, we propose the new mode: “Optuna” in the MLJAR framework. In this mode, we utilize the Optuna hyperparameters tuning framework. It is availbale in the mljar-supervised package starting from version 0.10.0.

The Optuna is an open-source framework for hypermarameters optimization developed by Preferred Networks. It provides many optimization algorithms for sampling hyperparameters, like:

What is more, it has also an option to prune unpromising trials, which greatly speed-up the search process.

Optuna provides hyperparameters search framework. However, it is not enough to build end-to-end Machine Learning pipeline. To create complete ML pipeline there is still a lot of work to be done:

The MLJAR AutoML can help with those! Thus, the combining MLJAR and Optuna gives a powerfull framework for model construction.

The integration with Optuna is done as an additional mode called Optuna. The MLJAR has now four modes:

There are two new arguments which can be passed to AutoML() class during initialization:

Optuna integration works with the following algorithms: Extra Trees, Random Forest, Xgboost, LightGBM, and CatBoost. If you set the optuna_time_budget=3600 and select all algorithms, it means that each algorithm will be tuned for 1 hour by Optuna.

When using Optuna please set total_time_limit high, for example 48*3600 just to make sure that it will have time to execute all steps.

You can use MLJAR AutoML to easily tune algorithms with Optuna. Let’s look how the code will look for the LightGBM tuning:

That’s all! You don’t need to manually define search spaces, or preprocess the data. It is all handled by the AutoML.

I’ve used the data from Kaggle competition: Tabular Playground Series - Mar 2021. It is a binary classification challange with Area Under ROC Curve (AUC) as evaluation metric.

You can chek the Kaggle notebook with results at this link. The AutoML will give 100th place over the 828 teams (at the time of writing, but let’s wait for final results).

In the Otto competition, the AutoML was working for 58,936 seconds (~16.5 hours). It has score 0.42018 (LogLoss) on Private Leaderboard (evaluated internally by Kaggle system). It means that it will end-up competition on 167-th place out of 3507 participants.

The results were obtained without any human help. The code for both compaetitions:

We hope that Optuna integration in the MLJAR AutoML framework will help you to get really nice ML results. We are looking for feedback from you about this integration. We are also open for new features requests.

« Lead Scoring How to save and load Xgboost in Python? »