Recently, Google has released AutoML service for structured datasets. It is called AutoML Tables and is currently available in Beta. I’ve decided to compare my open-source solution with Google AutoML Tables.

Each dataset was split into training (70% of data) and testing (30% of data) datasets. The data after split is available in the gihub.

The code used in comparison

It wasn’t clear to me how to use any of them. There were no examples of how they can be used. Maybe, I need to spend more time to try to understand the code behind clients but it wasn’t my goal - I want to train ML models, not debug client libraries code. (Anyway, Google AutoML Tables is still in beta, maybe that’s the reason of docs mess)

After wasting some time trying to understand how Google clients work, I come to the conclusion that there will be only 1 repetition and I will run computation manually with Google Cloud graphical user interface.

I set the training time to 1 hour in mljar-supervised and Google AutoML Tables.

For mljar-supervised I wrote a quick python script:

As you see, most of the code is data reading and manipulation. The AutoML code is in 3 lines (ok, 5 after formatting).

To measure the performance I’ve used LogLoss metric (the lower the better). The results are presented in the chart below. 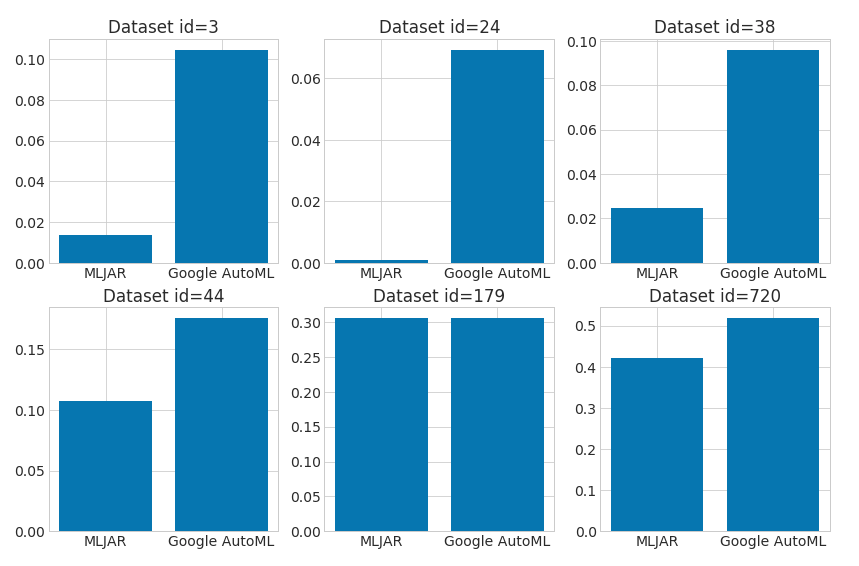 On all datasets, the results from mljar-supervised are better. Only on dataset id=179 results from Google AutoML Tables are comparable (on a similar level).

Why is Google AutoML Tables performing so poor?

What I dislike in Google AutoML Tables? :( 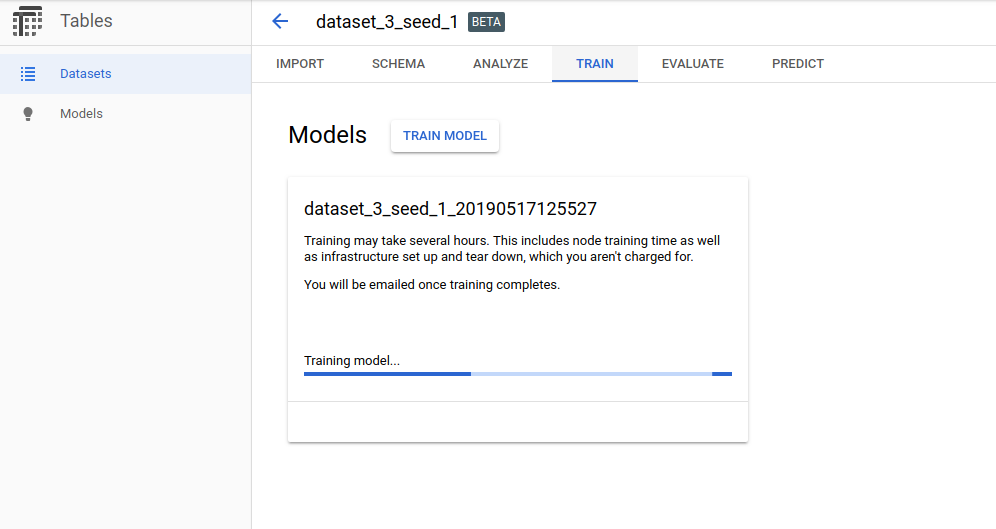 After model training, some basic evaluation is made (without information what kind of model is it) 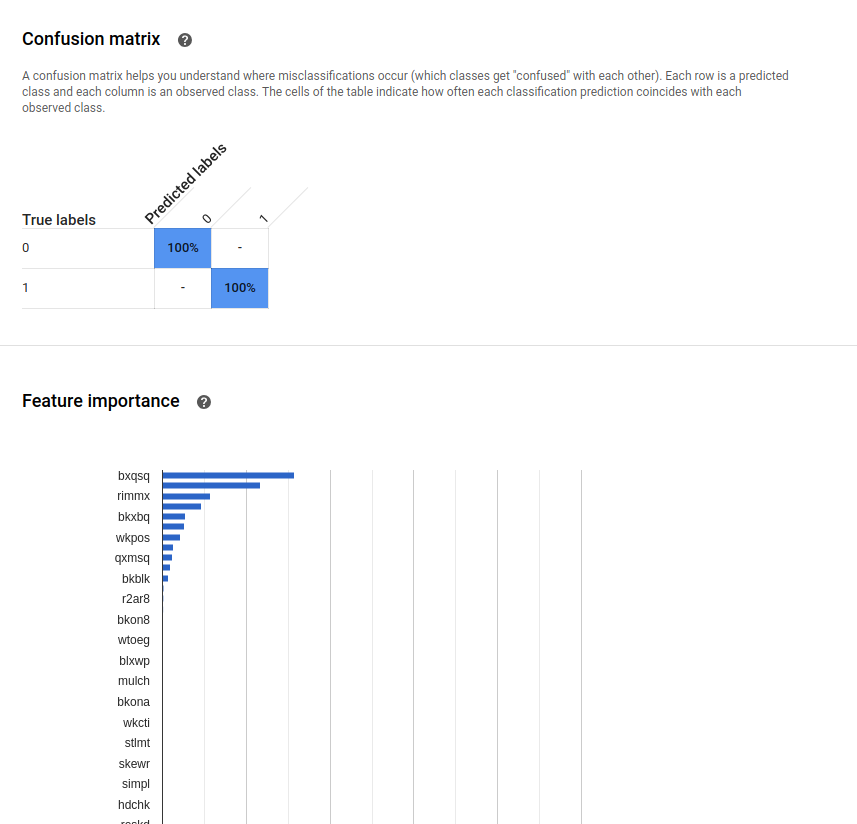 Of course, the model cannot be downloaded and used offline in local settings. 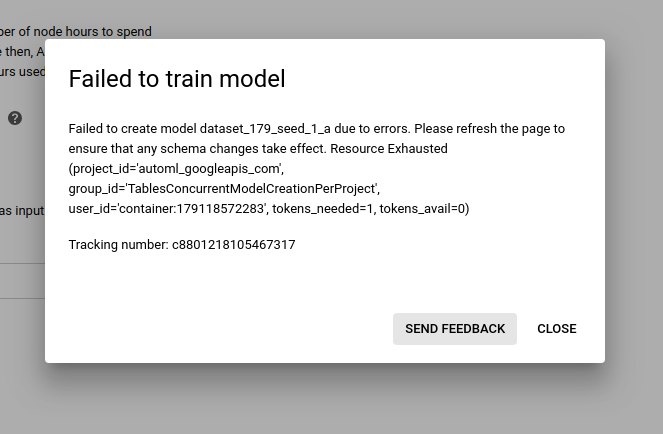 Again, not a very efficient algorithm for architecture search and you cannot train more than 5 models in parallel. 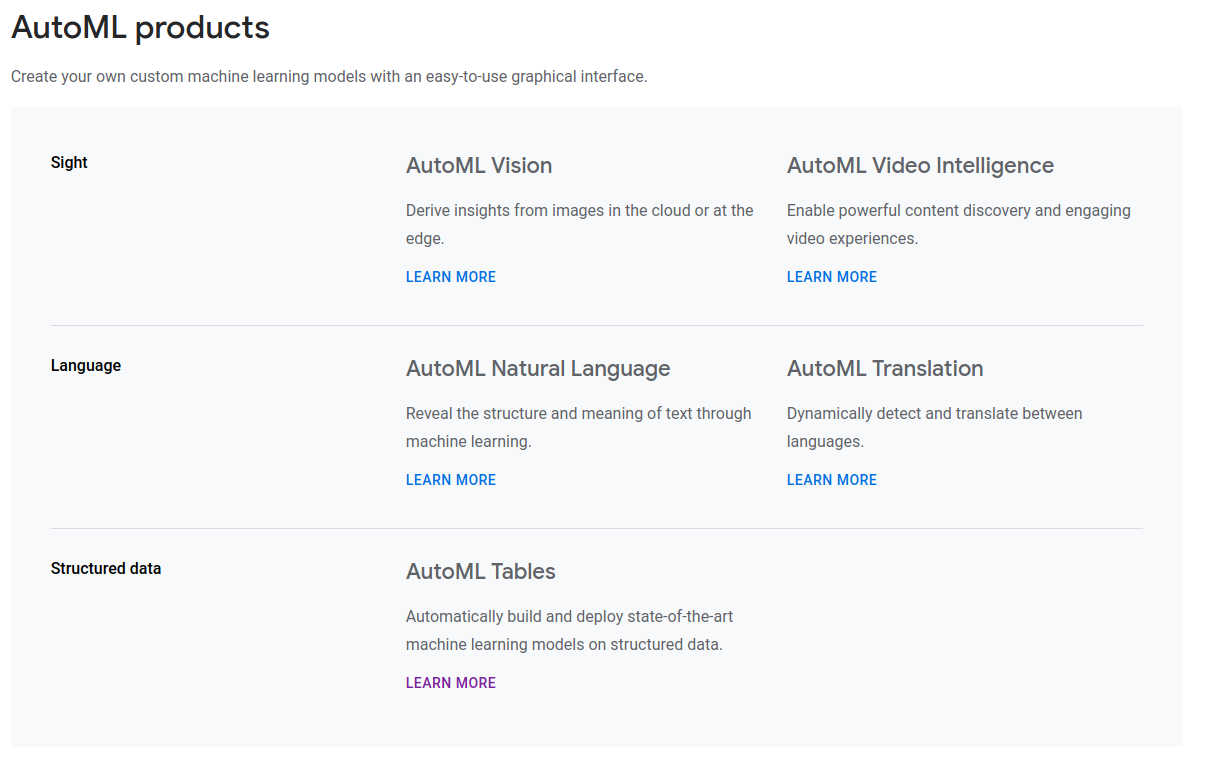